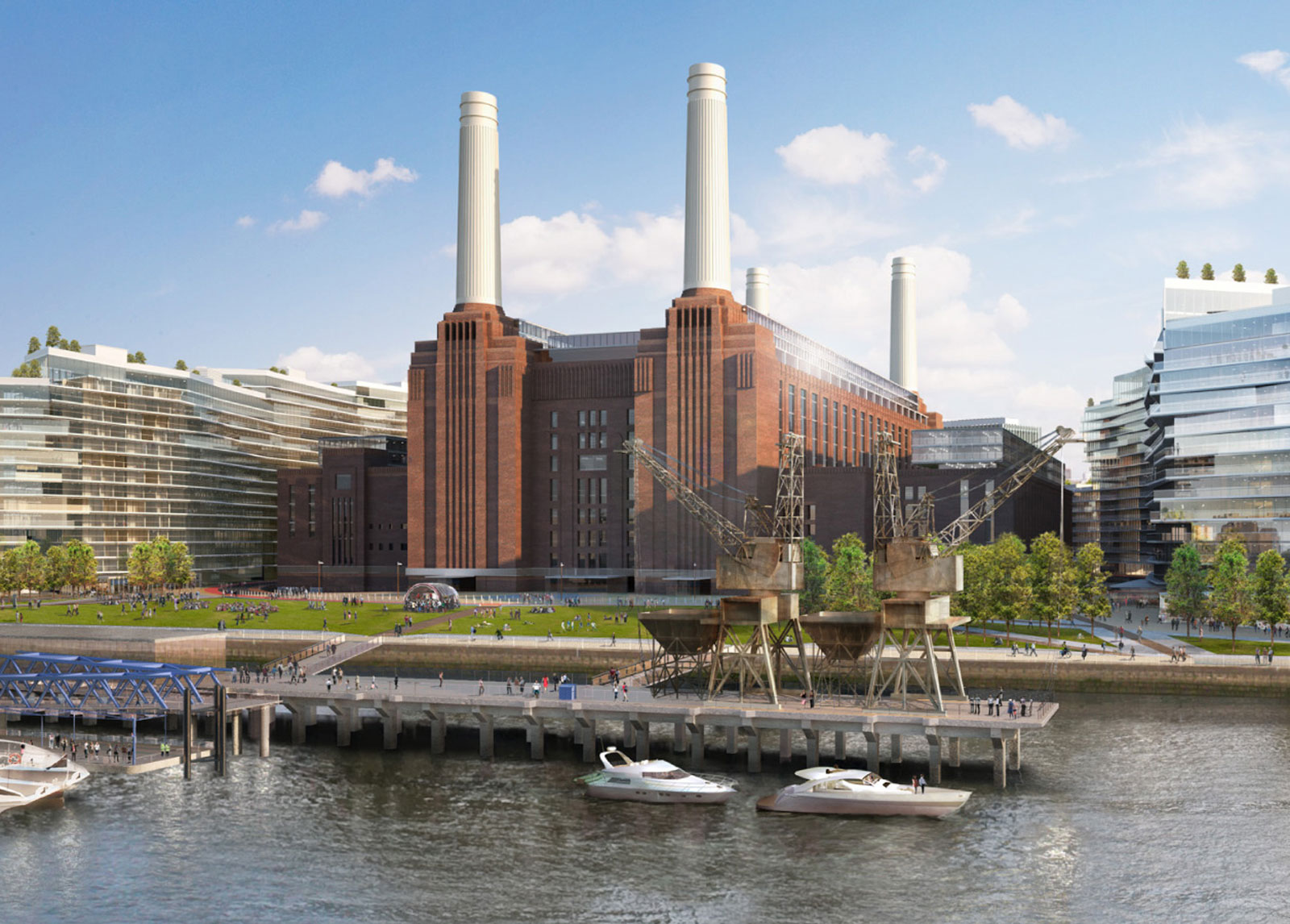 “The power station had lain vacant, empty and undeveloped for 40 years. Now its regeneration is helping to deliver over 20,000 homes for Londoners and more than 25,000 permanent jobs. Its owners, alongside the owners of all the development sites in Nine Elms, have also contributed significantly towards the £1.2 billion cost of bringing tube services to this part of south London for the first time.”

The proposal consists of seven different phases. Construction manager Mace, who has taken over from Skanska, is leading the restoration of the power station with an incredible care for materials and original plans, trying to preserve the appeal of the Grade II* listed building. An example of such care? All four chimneys of the station have been rebuilt and repainted to match the originals. Completed last year, phase 1 mainly revolved around the creation of Circus West Village, a residential and commercial complex of apartments, shops, bars, restaurants and the Battersea General Store. More will follow throughout the new year. 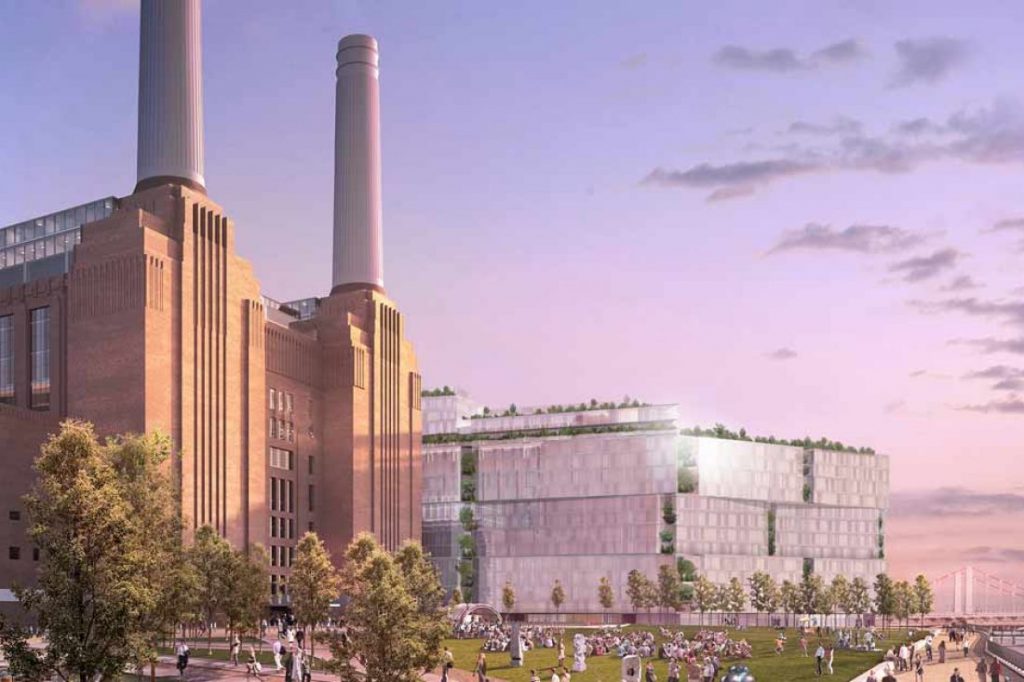 The station now includes 253 new accommodations, space for about 90 shops, an urban food hall, an event venue and a six-acre public river-side park with a refurbished jetty and the historic coal cranes. If you fancy an office with a view, there are six floors of available office space inside  the station. Apple has already taken this unmissable chance, locating its new UK headquarters inside the historical building.

The station has also handed over a large area of the site to Transport for London (TfL) to  enable them to build the new Underground station and tube line, which will be due for completion in 2020. Phase 3 includes Malaysia Square and Electric Boulevard to the south of the Power Station. Battersea Roof Gardens and Prospect Place will be built on opposite sides of Electric Boulevard and will be finished following completion of the Northern line. Archistars Frank Gehry and Sir Norman Foster are involved in this ambitious project. Gehry Partners has designed the five buildings to the east of The Electric Boulevard known as Prospect Place, which comprises around half of the planned residential units,​
double-height retail spaces at street level, a community park and multi-use community hub, and the distinctive Flower building.

Foster + Partners has designed the undulating building to the west of The Electric Boulevard called The Skyline, which brings together the other half of the planned homes, including 103 units of affordable housing, in addition to a medical centre and 160-room hotel. Challenging and imaginative, the whole plan is likely to have an effect on the local area of Nine Elms and possibly the entire capital, but not everyone is enthusiastic about it.

The Case of Gentrification

Gentrification takes place across many cities in the world and is usually met with great disdain, but is gentrification a harsh necessity or social cleansing in disguise?