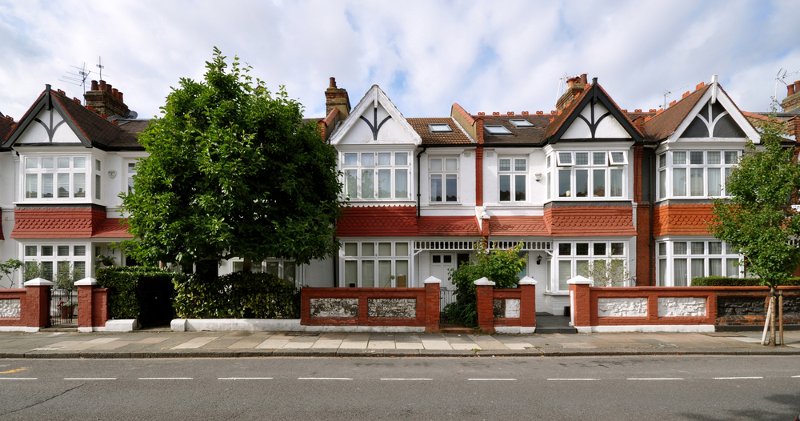 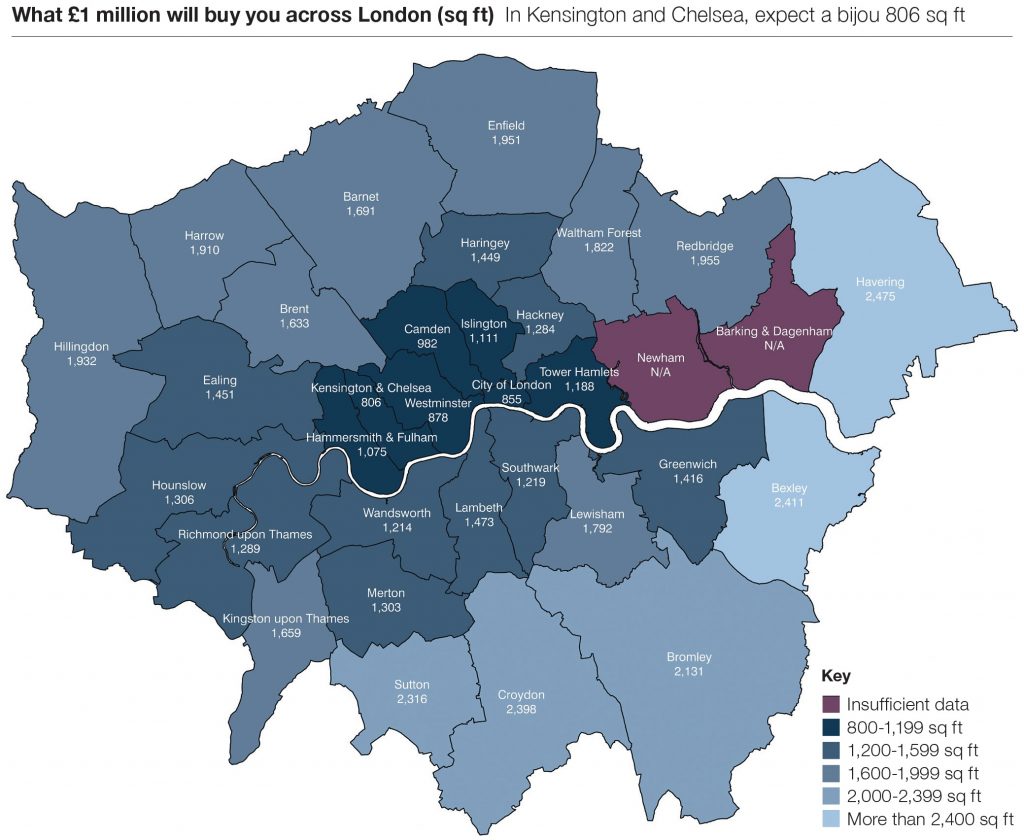 According to a recent report by Savills, Havering and Bexley are the leading London boroughs to live in, should you want your money to go further. Around 250,000 of of the country’s million pound homes are in the capital and it sure is no surprise that the smallest of those homes are found toward the centre.

Savills have mapped out what £1m can buy you according to each London borough, ranging from an average of just 806 square feet in Kensington & Chelsea (most likely a one-bedroom flat) to 2,398 square feet in Croydon and 2,475 in Havering. If you’re a London resident, you’re bound to know at-least one person who has migrated from central London into suburbs further out, to make their money go further and to make use of a larger space.

By crossing the Thames from Kensington & Chelsea, via Hammersmith & Fulham (where £1million stretches to 1,075 square feet) to Wandsworth means this seven-figure investment will stretch to 1,214. Move a little further out, to Kingston upon Thames, and you’d get 1,659 square feet.

The same trend can be seen whether it’s north, south, east or west from the centre. In every direction, your money will buy you more space, and so it ripples through the commuter belt and out into the more prime regional markets.

What are our options to escape London living?

What could we learn from Romania about home ownership?