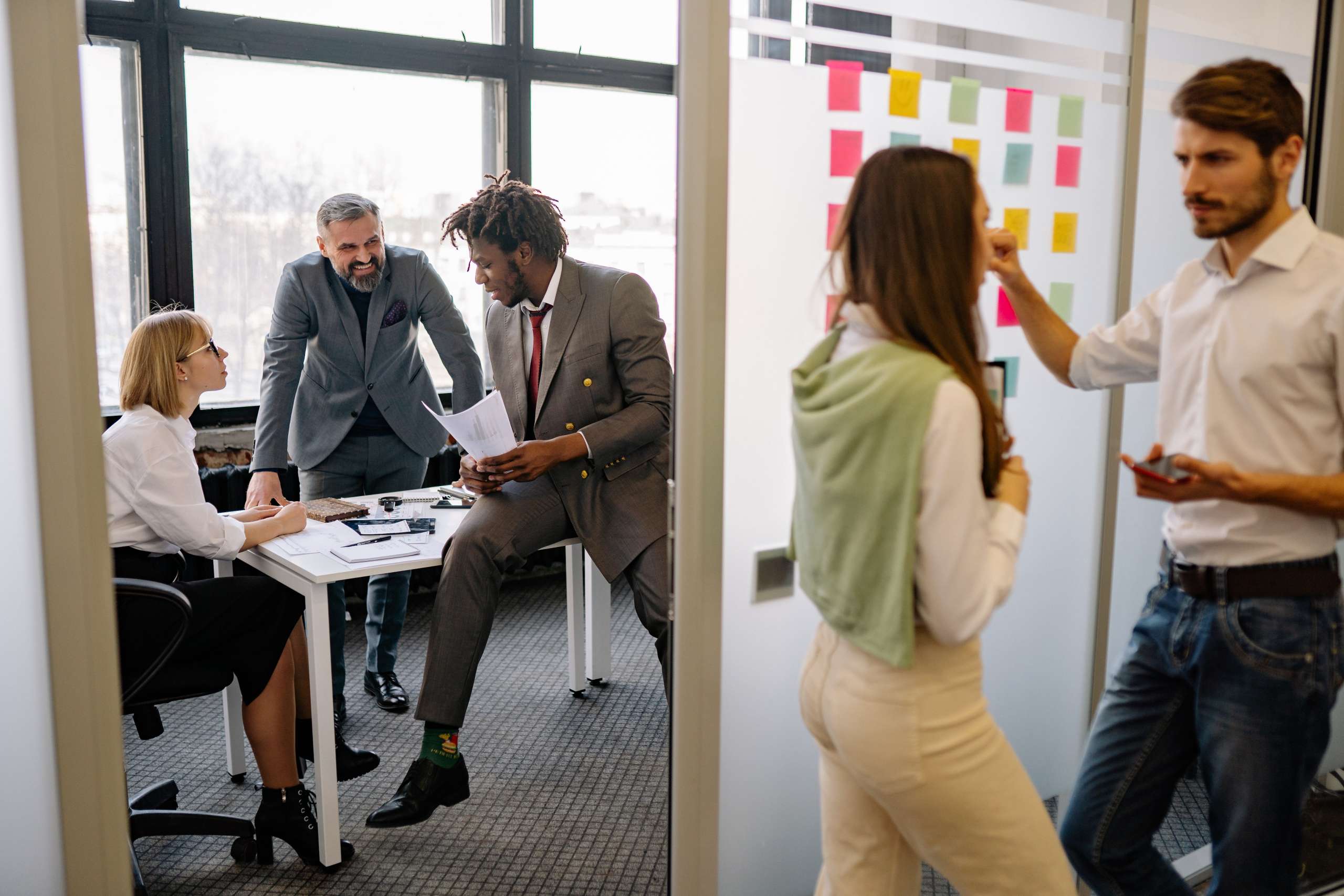 It’s time to address the elephant in the room. Diversity, whether you think it’s all ‘political correctness gone mad‘ or a vital step towards a better functioning business, diversity is important, and we need to talk about it.. properly – in particular, racial diversity. The reason racial diversity will be the topic of interest and focus is that race is almost a taboo subject that I believe many don’t want to discuss as it makes them uncomfortable, but the issue with that is, race is an important factor for many which manage to wiggle its way into almost all aspects of life, one of them being employment. London is an amazing city and a melting pot of so many different cultures, which is part of what makes it such an exciting and dynamic place to be. It’s home to a plethora of international companies that produce products that employ people in fields ranging from retail to financial services to blue-collar. So ‘diversity’ being a buzzword is certainly no surprise. You can go online and read loads of studies on the lack of racial diversity and how companies want to transform workplace dynamics by creating a racially diverse workforce, I mean you could even take a look at your employment handbook on diversity. However, having worked in different corporate roles, you do begin to wonder if all that talk about improving diversity and transforming the workplace is all smoke and mirrors. To be clear, I’m not referring to the “exceptions” where you find different people of colour holding down the fort. You know, that one ethnic minority in the group photo of your organisation? The fact of the matter is, companies are still choosing to ignore racial diversity in favour of other types, such as gender. This gap widens even further when you take a look at management and executive positions. Actions really do speak louder than words in this case. Diversity isn’t an accidental notion and doesn’t just happen after the idea has been thrown out into the open, it’s an area of a company culture that requires work, dedication and investment. 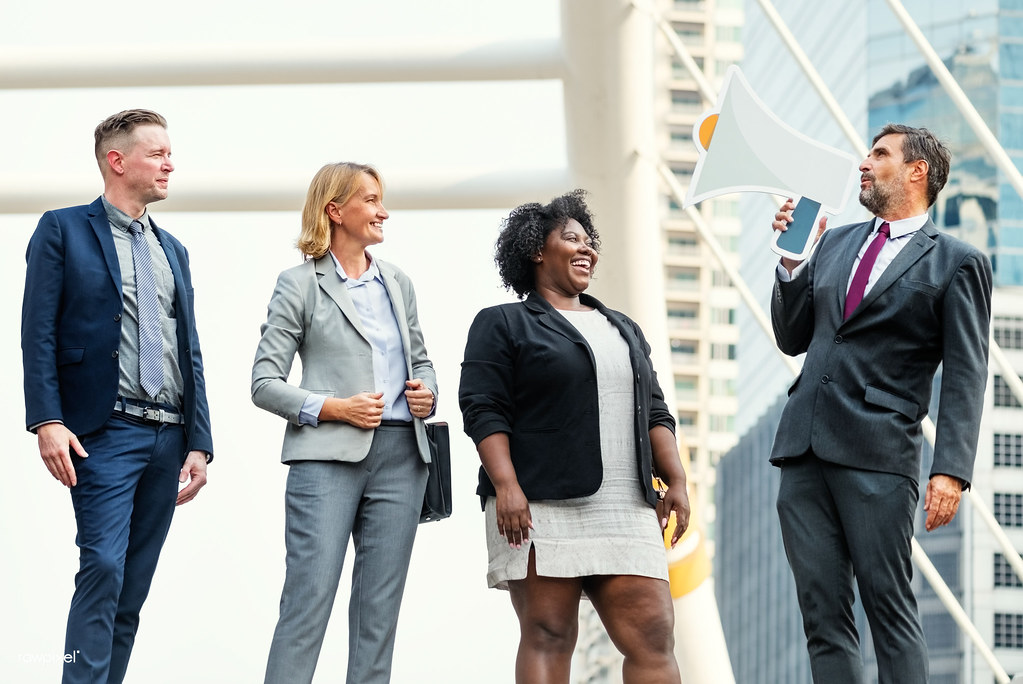 The problem doesn’t lie specifically with one person, department or entity per se; but with the embedment throughout our working culture. For us to completely ignore the overall bias and behaviour that surrounds race regarding employment would be very foolish. We are all aware of the illegality regarding hiring and not hiring based on race, but it doesn’t stop companies from identifying loopholes and ways around it. Institutional racism can get many eye rolls if mentioned, as it isn’t technically illegal, identifiable and some are even able to justify it which is a discussion for another day. Some of the ways in which institutional racism exists in our working culture, especially in the corporate world. In a study held by Cornell University, results had found that minority job applicants who resort to “resume whitening” – a practice in which candidates alter any information on their resume that indicates their ethnicity – are more than twice as likely to receive a callback than those who don’t.

When companies present a pro-diversity image, applicants are less likely to “whiten” their resume, according to the study. Yet Kang said the gap between callbacks for “whitened” resumes and unaltered ones “was no smaller for pro-diversity employers than employers who didn’t mention diversity at all”.

As a woman of Indian-German descent, I was always told by my mother how lucky and grateful I should be for my European sounding surname as it would get me more job offers in the future in comparison to other people who had more ‘ethnic’ sounding surnames. Now there are tonnes wrong with the premise of what she said but it doesn’t mean that she’s not telling the truth either. After going through many employment assessments and even dabbling in recruitment, I can say with my hand on my heart that she was absolutely correct – in all of it.

What can we do to fix it?

To really take the steps necessary to create a diverse workplace, companies would have to produce a coherent hiring strategy with as much purpose as defining who the target audience is of any product. If we were able to think about the effort, time, and resources that are thrown into defining who we are selling a product to and contrast it to how we approach hiring, most recruitment professionals should be ashamed of the effort and thought that they put into the diversity of their department. I’m ashamed to say that I don’t think I’ve sat down and talked to my colleagues about how to improve racial diversity in any company, perhaps that is because I was the representation of it in my workplace, by being the only woman in some of my departments and Indian at that.

But I think the truth is that no one really cares about racial diversity in the workplace. It sounds good on paper and can extend a company’s company sustainability section on their website. The basis for hiring in the corporate sector has never been that we need to literally be racially diverse. We just want it to happen naturally and it won’t – many underlying factors also need addressing that play to this. The notion that this could even happen naturally is about as crazy as a young man saying he wants to play in for Arsenal, but he doesn’t actually want to get a football. How do companies expect to honestly get anywhere serious in their journey to becoming a diverse workforce, without taking deliberate and strategic steps to get there? I may believe that is a great idea to go to Brighton for a weekend, but unless I make a plan to actually go and find a way to get there, I won’t just appear there. Diversity is created through understanding, recognition, planning and execution of the plan. If the U.K. history has proven anything, racial diversity in the workplace is not natural or magical.

Companies such as BNP Paribas are leading the field with diversity initiatives, they have several internal networks aimed at combating all forms of discrimination. JLL are another firm adopting a full integrated diversity strategy to form part of their “Building a Better Tomorrow” philosophy. Their initiatives include  Race for Change to help attract and develop minority employees and Working Parents Network, which offers working parents an opportunity to share their experience and discuss their challenges. Deloitte has been recognised for their contribution to BAME diversity and inclusion in the inaugural UPstanding Executive Power List published by Audeliss in partnership with The Financial Times. The list champions ethnic diversity in business and showcases the top 100 Executive BAME professionals in the US and the UK.

There are always arguments and differing opinions about hiring practices when it comes to racial diversity. All arguments for and against has holes in them. However, the bigger hole is the one that we continue to fall into as we ignore the importance of racial diversity. We simply do not practice inclusion at most companies and talk is cheap. This isn’t to say that anyone should hire based on race, but we should be hiring based on what racial diversity should look like in our office to some degree. When you come into an office and your office is not a reflection of the general population for the area in which you live or work, it is probably time to think about what racial diversity means. It is time to think outside of the box and more importantly, it is time to make racial diversity a priority. Racial diversity in the workplace won’t solve all of our bigger societal issues, but racial diversity will create a more inclusive society with more sensitivity and understanding. If we take the time to deliberately build workplaces that truly reflect our communities, we will begin to see how diversity is more than a statistic for demographics. Racial diversity in the workplace should be the building block towards creating communities that embrace our differences while expanding our commonalities.