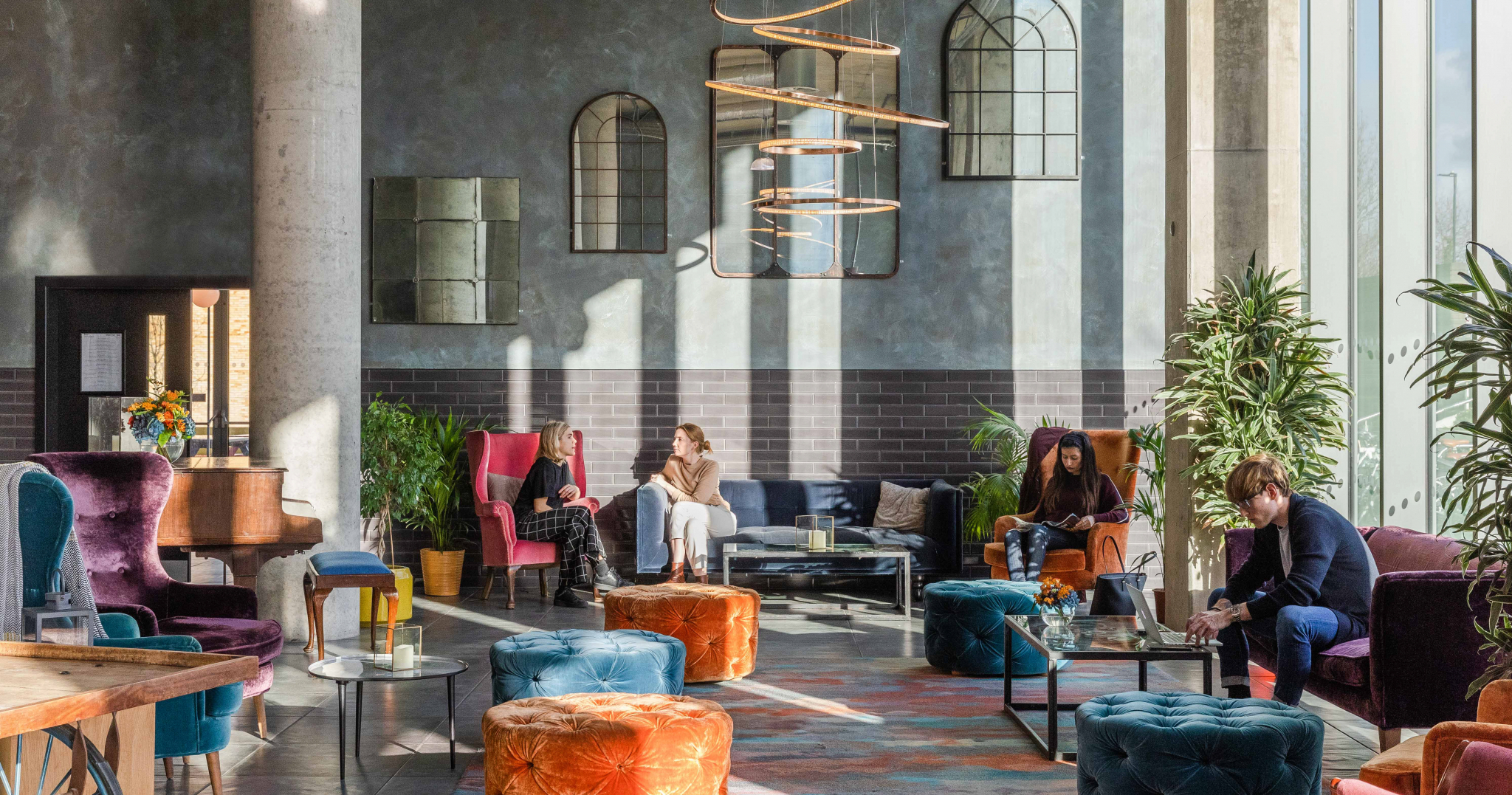 If you went to university, you have essentially already experienced co-living, whether it was living with seventeen new neighbours in halls or sharing a six-bedroom house with your friends. A good majority of us would have already tried communal living by the time we’re 21. So what makes this trend so special? A report conducted by the RSA notes:

This first point is largely accurate, in that the types of homes we build do in fact matter and quantity alone isn’t considered enough. In his essay, Rohan Silva (a former adviser to the Prime Minister) argues that our housing system is too slow to respond to the twin forces of globalisation and technological change that are transforming our infrastructural needs. With more innovation in our approach to planning the built environment, new models of housing (including co-living) could improve and better meet our needs and ambitions.

Co-living also addresses another key issue: loneliness. A poll carried out by Opinium shows that a staggering 83% of young people (aged 18-34) living in Britain “sometimes”, “often” or “regularly” suffer from feelings of loneliness, evidencing that we are living in an age of social exclusion.

There are clear benefits to speak of in the discussion of the co-living trend, such as the social aspect. At face value, it is difficult to shake the table of a company that means to offer better living solutions to young people stuck in an unaffordable and pessimistic housing market. Nonetheless, there are necessary considerations in assessing the overall social impact.

One of the really interesting things about this “co-” trend for me, is the need to have everything in one place. A majority of co-living companies around America and Europe also have a co-working facility attached to it, or in the pipeline for development, and I’m unsure why anyone would really want to live and work in the same place. While the prospect looks convenient on paper, for example by lowering travel costs or allowing for more leisure time, would that time actually be used effectively doing something else, whether it be relaxing or taking part in activities elsewhere? Arguably there already exists such a clear boundary between work and home to ensure our leisure time isn’t impacted by work, a balance that is essential for boosting and sustaining productivity.

My next concern is the price. The Collective’s Old Oak is located in Harlesden, North West London with their next development opening in Stratford, East London, which is part of the government’s regeneration scheme. Whilst we can’t expect co-living companies to solve the housing crisis all on their own, co-living as a concept heavily relies on this as a possible solution, which brings to mind questions about affordability and output.

Next, does this really improve our overall standard of living? Going back to my earlier comment about student accommodation, if you imagine the standard student accommodation set-up, say, at best a fairly small private room with an en-suite, on a floor with x amount of people, reasonably well designed, with better facilities available. Is this what young professionals have to settle with now? While I can appreciate the desired outcomes of co-living, it doesn’t address key or even general issues relating to housing. It doesn’t meet the criteria for families; there are no subsidised versions for those who genuinely need affordable housing and the extra facilities push up prices drastically. Ensuite rooms at The Collective will set someone back between £240 and £250 per week for just over 100 sq ft. If anything, this proves just how ridiculous the property market and land value has become in London.

So what now? For this model to indicate any sustainable success, it would make sense for some regulation to be introduced, whereby more parties (more so the tenants) can benefit. For these tenants, their living space is just too small and too low quality for the price they paid for it: besides a more appealing design and complementary facilities (which you may or may not use), these developments cannot meet individual home and lifestyle requirements. Local areas don’t get the opportunity to benefit much either, as most facilities are provided in-house (i.e. chef kitchens, gyms, classes).