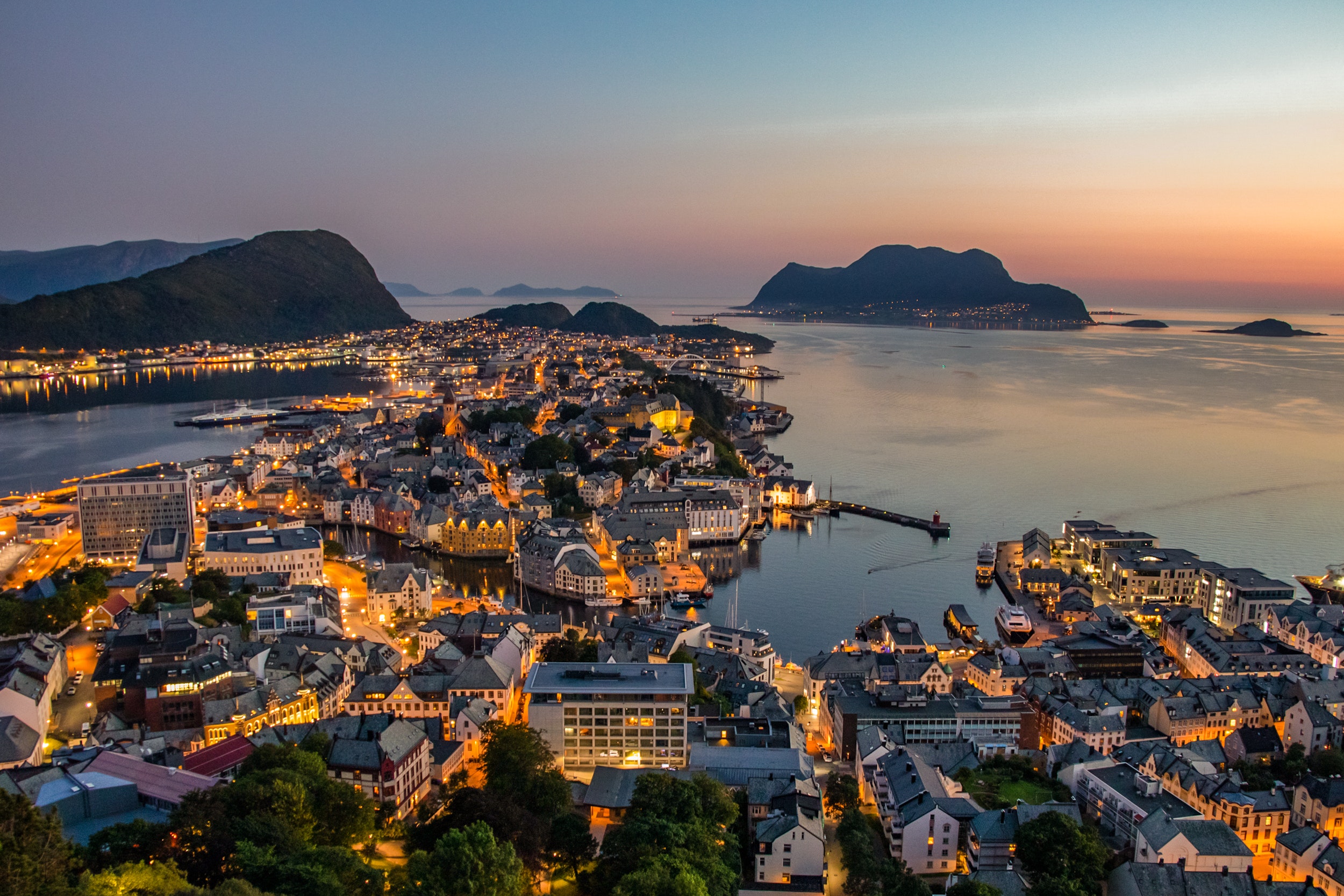 Architecture represents both the process and the product of planning, designing and constructing structures. Architectural work manifested in the form of buildings is often thought to be a symbol or a work of art. Such a way of perceiving them is best seen through the fact that historical civilizations are often identifiable by their surviving architectural achievements.

The focus here however will be a bit more specific than taking a look at architecture as a concept. I’ll be unraveling a short history, a history of how Norwegian Architecture has changed over time, due to various socio-economical changes that affected the context in which people built their homes and houses.

The main goal of building in Norway has always been creating shelter for people, animals and possessions. Harsh weather, cold winters and frost, heavy precipitation (in some areas), wind and storms – all of them were damaging and required to be protected from. In pre-historic times, the earliest traces of human habitation in Norway are dated to about 9000 BC. Excavations have unearthed portable dwellings, likely in the custody of the nomadic deer hunters, which were rather similar to what the Sami nomads use today. Named lavvu, they are of a design quite similar to a Native American tipi, but less vertical and more stable facing strong winds.

In the Viking and Medieval Era, two distinctive ways of using timber found their confluence in Norway. One such practice was the interlocking of logs notched at their corners. The other one was the stave building tradition, based mostly on improvements and improvisations upon the classical way of erecting a house. The Viking woodworking mastery can be best seen by taking a look at preserved ships that they built. Also, at least 250 wooded houses predating the year 1350 are more or less preserved in Norway. Most of them are log houses, some with added stave-built galleries or porches. As the political power in Norway was starting to take shape, the nation had to keep up with external threats. Thus, larger structures were built, such as fortresses, bridges, churches and manors in stone and with the use of masonry. These structures followed the European tendencies of their times.

After the Black Death, complex building in Norway came to a still point. Even so, there are a few examples of Renaissance Architecture in the Nordic land, the most known one probably being the Rosenkrantz Tower in Bergen. Later in history, as Norway became an important part of the Danish kingdom, fortifications were built along the coast and borders. Many of them were to be later modified in line with Baroque military practice. The most famous structure of Baroque style however is Stiftsgården, the Royal residence in Trondheim, a residential building that is one of the largest wooden structure in Northern Europe.

Later on, other styles began to be shown here and there in the region. Rococo meant a brief but significant interlude in Norway, being found primarily in decorative arts, and mainly in interiors, furniture and luxury articles such as glass and table silver. In some of the districts, numerous folk artists produced the special Norwegian trade of decorative painting, rosemaling, and related wood carving style. Regarding only architecture, a few wooden townhouses and manors show rococo influence, notably in Trondheim and Bergen.

When the dawn of the 19th century came, Norway had very few academically trained architects. The market for such educated men was very limited since the nation was rather restricted due to the Union with Sweden. There was no court, no capital city and no important government institution and the country was not very populated. The architecture was mainly of interest to a small group of wealthy individuals. To them, neoclassical structures were much in demand. A large number of splendid neo-classical houses were built during this time.

Things changed, however, when Christiania was promoted to the status of the capital city in 1814. Since it had practically no suitable buildings for the various institutions of the state, an ambitious building program was started. It was, sadly, realized at a very slow pace because of the economical drawbacks. The first major accomplishment was the Royal Palace.

Romantic nationalism also had a large impact on the way Norwegians designed their buildings. A revival of medieval styles was opted for, with Romanesque and Gothic styles being regarded as suitable only for churches, public institutions and factories. Most urban apartment buildings and villas continued to be built in the classical tradition as well, with plastered brick walls. Until the 20th century, most Norwegians lived and worked in buildings that were designed and built according to vernacular building traditions, which in Norwegian is known as byggeskikk. These practices varied somewhat by region and climatic conditions and evolved, but were largely based on the use of wood and other locally available resources.

The first part of the 20th century brought upon German influences, especially ones regarding neo-classicism. Moreover, something known as mass residential architecture came to be. The premise of this way of erecting buildings was to provide homes that were cost-effective, comfortable and clean. Thus, functionalism, under the influence of modernism began to be adopted by Norwegian architects.

Nowadays, several trends influence architecture in Norway:
• Environmental concerns – integration of natural landscapes, minimal pollution.
• Demographic diversity – since Norway’s demographics have changed in the last few decades, new types of buildings appeared, such as religious constructions.
• Aesthetics as a factor of well-being – there is a growing awareness that aesthetics affect physical and mental health, thus architects incorporate as many appealing elements as possible.

It can be safely stated that Norwegian architecture underwent a rather complex set of mutations throughout the ages. From the early nomadic tents to the beautiful modern constructions and the sublime achievements in between, development can certainly be observed.