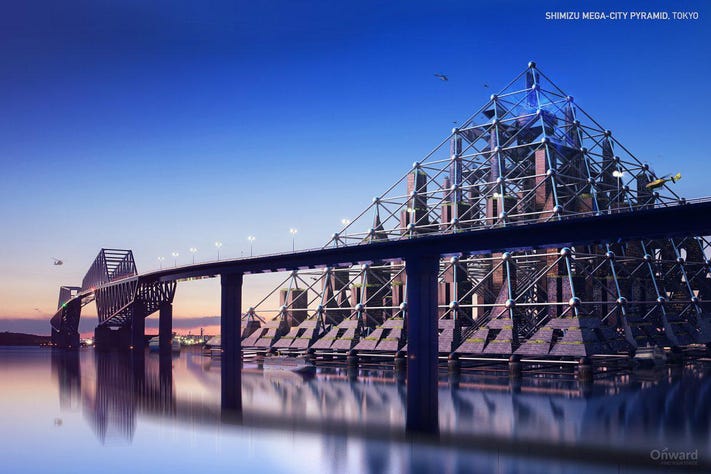 As the number of people living on Earth constantly increases, engineers and planners have continuously looked for ideas that could solve over-population in the urban world from the residential point of view. Architects Dante Bini and David Dimitric working for the Japanese Shimizu Corporation (清水建設株式会社), giving birth to the Shimizu TRY 2004 Mega-City Pyramid (清水TRY-2004メガシティピラミッド) project. Doing so would mean that all inhabitants of a city would live in the same building and would be able to avail themselves of all necessary services a regular city would, including hotels, shopping centres, hospitals and other such facilities.

As revolutionary as this may sound, it may come as a surprise to many that the idea has not only been implemented before but that it also works magnificently – I am of course talking about the city of Whittier, Alaska, in the United States of America. Albeit on a much smaller scale than the proposed Japanese metropolis, Whittier is famous for having all 214 of its residents living in the same building (United States Census Bureau).

Built in the wake of the Second World War, the Begich Towers, which now house Whittier’s population, was purposed to house military staff in the area. As the Cold War was waged, military personnel became replaced with a regular Alaskan citizen who was all housed in the Begich Towers, which basically became the city of Whittier. Amazingly, everything required for the population is found within the confines of the first floor of the building. Established in 1974 by Chief of Police Gordon Whittier and two officers, the town’s police station can be found as one enters the city-in-one-building. Further down the hall, one can find the post office and right past the corner the city hall which houses the local administration: a seven-member council with a mayor and six members representing seats.

The first floor also houses the Kozy Korner, the city’s grocery store where the people of Whittier stock up on supplies during the long Alaskan winters. The building also houses a school that serves to educate around 38 pupils from the city. (Alaska Department of Education & Early Development). The city is connected to the outside world through the Anton Anderson Memorial Tunnel, the longest highway tunnel in North America, which requires constant supervision due to its length bringing in aeration problems. Whittier does of course still have other standing buildings from its military past which are now used mainly for storage. The second high-rise building in the city, the Buckner Building, was abandoned a few years since its construction in the 50s, now being deserted and a major attraction for derelict buildings revellers.